Milton Diaz loves Lone Star College, and for good reason. The 20-something-year-old earned his associates degree, met his future wife in classes there, and is now advancing his career in their new BSN baccalaureate program.

“We were in class and clinicals together, but I was very strict about not dating anyone. I wanted to focus on nursing school,” he said. The day after finals and learning, when they had both passed the test, he asked her out on a date. She accepted and the two were married later. They now have a baby together and both work for Kingwood Hospital.

“I’ve been with Lone Star the last 8 years of my life,” the 2011 Kingwood High School graduate said. He earned his associate degree three years ago and works in the cardiovascular and neuro intensive care units at Kingwood Hospital. His wife works in the emergency room.

Both are enrolled in the new BSN program at Lone Star with different paths.

“Her goal is management and I’m leaning more toward teaching or nurse practitioner,” he said.

The young couple couldn’t be happier with where they are headed thanks to Texas Gov. Greg Abbott who signed Senate Bill 2118 on June 12, 2017 which allows the Texas Higher Education Coordinating Board to authorize certain public community colleges to offer up to three total baccalaureate degree programs in the fields of applied science, applied technology and nursing.

Navigating the process was not an easy task lined with land mines that could destroy decades of trust and partnerships with universities.

“We literally work with them (universities) every year to transfer thousands of students to their universities and so we don’t want to damage those relationships with them,” said Valerie Jones, associate vice chancellor of academic affairs for the Lone Star College System.

Very few college systems outside of Lone Star have begun the programs but some include San Jacinto, Austin, and another college in Corpus Christi.

The Texas pilot program for such a partnership began approximately 15 years ago and has taken another decade of conversations at the state level to open the door to community college baccalaureate programs.

“Part of it was the navigation between the LSC chancellor who was involved with all 50 colleges, universities, and the state legislature to say how do we do this in Texas in a way that supports Texans but doesn’t create an unnecessary competition between institutions of higher learning,” Jones said.

Another part was filling a niche in the applied baccalaureate realm.

“We serve that population and that group which is different from the universities,” she said.

With the approval to do three bachelor’s programs the question became, which three?

“We looked at our local demand areas and the RN to BSN was first on our list,” she said.

“We also looked at niche needs and we already had an associate of applied science in cybersecurity and we know those students have tremendous employment opportunities at that stage and additional expansion with a bachelor’s,” the vice chancellor said.

Nurse staffing issues are exacerbated by the continued expansion of the downtown medical center, new hospitals and urgent care centers being built in the suburbs and even more medical specialty facilities.

“We know there’s a lot of nurses retiring. My generation has a bit of a demographic dip where there’s not as many of us that followed the gap. The Houston area continues to grow exponentially, and you put all those together and it’s going to take every institution of higher education putting our shoulders to the wheel on that one,” she said.

“We have tremendous diversity in our industry in this area and the associate degree allows them to get into these technical, and often high wage careers. But advancement means a requirement of a baccalaureate degree. This will allow them not to lose the credit hours they have earned, but now a way to focus on management and leadership in those industries,” she said.

Following the state legislature’s passage of the program, each applying college must earn approval from the Texas Higher Education Coordinating Board which was successfully navigated by LSC last year. The final step was to seek accreditation from the Southern Association of Colleges and Schools Commission on Colleges.

“The first stage is the application for the programs because you have to become an institution that awards bachelor’s degrees. That means demonstrating that we can do that at a high quality. We received that,” Jones said.

They expect a visit from them in February when they will see the programs up close and visit with professors in an attempt to validate that they are meeting the bar of expectations.

Program expansion almost certainly means additional investment. For the three new baccalaureate programs, however, it wasn’t as significant as expected. Their first investment was in additional staff.

“Community colleges often hire professors up to doctoral level preparation. We did have to hire specific faculty for the bachelor’s program so that each program would have that expertise,” she said.

The college district was able to utilize facilities across four campuses and has invested in some library materials to support the databases.

As part of the application process, they underwent a five-year budget projection to make sure they would be fiscally viable in what they were providing. Coupled with state revenue and additional student income adjusted for the minimal addition of staff, they proved they were capable.

“The Westway Park Technology Center (in NW Houston) is a phenomenal facility and has a lot of what the cybersecurity program requires. It did require some additional software investment,” Jones said.

The ability to attend junior and senior level classes close to home and at community college tuition rates is hard for many working professionals to pass up.

Jeannie Pena, who is classified as out-of-district still sees the benefit.

“It will help me to achieve a job in the oil and gas industry possibly in IT,” she said. She has completed her associate degree in computer systems networking at HCC and found out about the program on social media.

She’s happy to be able to graduate without a lot of debt.

Andres Jasso, a father of three, fell into the program after his own daughter graduated from LSC.

“I work for HP and sometimes with the cybersecurity team. They’re short-staffed and really need more personnel,” he said.

He looked online to see if LSC had a cybersecurity program and was surprised to see they did, and he enrolled.

“It’s convenient for me because I have a 10-year-old son who is also doing the home virtual learning environment so it’s easy to do at home with him,” he said.

A part-time contractor for HP, he believes the degree will allow him to earn a full-time position.

The entire program is built on a hybrid schedule—an online and in-person mix in eight-week classes.

“These are all working adults, and this allows them flexibility with their schedule,” Jones said.

The schedule allows students to finish in two years.

“Our classes are nights and weekend programs,” Jones said. “We have working students and we built our schedule around their availability. We have Tuesday and Wednesday classes specifically because we knew how hospital schedules work and having two days back to back would be easier to work around,” she said.

To be able to enroll in the programs, students are required to have a minimum 2.25 GPA. Current students have a cumulative 3.0.

Jones said all the students will have internships built into their program.

The first week of classes began while Hurricane Laura was baring down on the Gulf Coast, but it didn’t harm attendance or dampen enthusiasm for the inaugural classes.

“I am very proud of the efforts put forth by these students and their instructors,” said Stephen C. Head, LSC chancellor. “They continue to persevere under extraordinary circumstances.”

To learn more about the baccalaureate programs, visit www.LoneStar.edu/Bachelors. 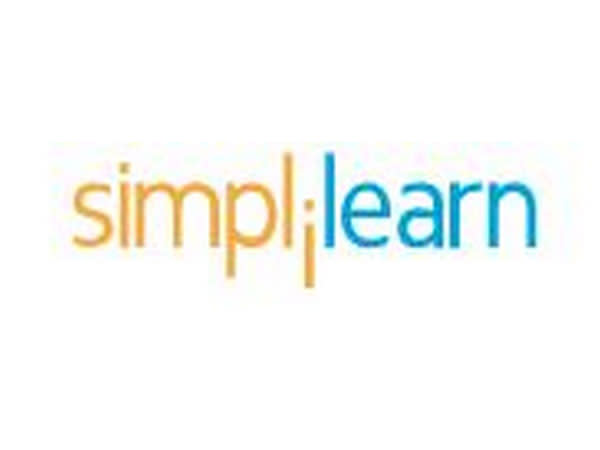