CLOSE As schools debate about returning to online learning, the lack of internet access for many Americans is a big sticking point. USA TODAY Some $66 million in grants were announced this week, and the money must be spent quickly Fast internet is finally set to arrive in several of the […]

As schools debate about returning to online learning, the lack of internet access for many Americans is a big sticking point.

Some $66 million in grants were announced this week, and the money must be spent quickly

Fast internet is finally set to arrive in several of the most rural parts of Mississippi.

The Mississippi Public Utilities Staff this week awarded $66 million in grants for areas that have few or no high-speed internet options. The bulk of the federal grant money went to rural electric cooperatives, which now will also serve as the primary internet providers in their regions.

Rural Mississippians can thank the coronavirus pandemic for the sudden infusion of federal CARES Act funds that should — by the end of this year — create thousands more high-speed internet connections. Mississippi has long suffered from among the most limited coverage and slowest internet speeds of any state in the country. 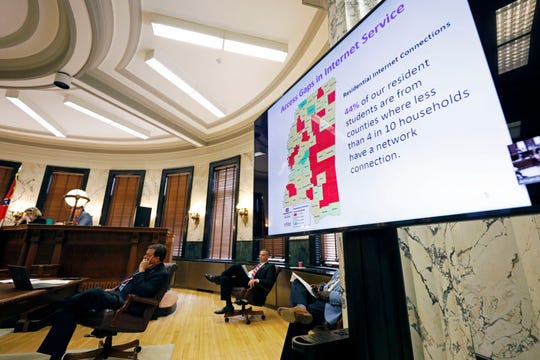 State lawmakers last month passed Senate Bill 3046, which authorized $75 million to be spent on the internet grants. The goal: rapidly improve connectivity to help people study from home, work from home, and use telemedicine services.

“People are locating around where there is connectivity,” Gov. Tate Reeves said at a Tuesday news conference. “While COVID-19 and the CARES Act came about for all the wrong reasons, this is one example of a way in which we can take this horrible tragedy called the coronavirus, and we can actually invest for the future of our state.”

Sally Doty, a former state senator who was recently appointed as director of the Public Utilities Staff, said the grant recipients have agreed to install a combined 2,765 new miles of fiber for internet by the end of the year. 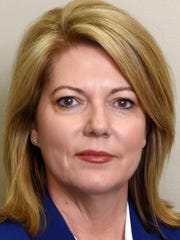 Next year — using matching funds they were required to commit in order to obtain the federal cash — the cooperatives and several other groups plan to lay another 1,980 miles of fiber. The fiber lines will be hung on poles, and recipients of the grants expect they can lay about 20 miles a week through the end of the year.

Those new fiber lines, Doty said, will go past more than 40,000 homes and businesses, many of which will potentially be able to tap into high-speed internet for the first time. She pledged the cost of the new internet services will be “in line” with existing providers in Mississippi.

“This is a focused infusion of grant dollars to areas where it’s needed most,” said Public Service Commissioner Brandon Presley. “It is a complete revolution.”

Presley said the grant recipients are required to offer internet with download and upload speeds of at least 100 megabits per second. That’s more than fast enough to use streaming services, and do online gaming and other web surfing.

Congratulations to the 15 Mississippi coops who received a combined total of $65 million in grant money to build high-speed Internet to the most underserved areas of their service territory. pic.twitter.com/n2ExOS48nH

Fifteen electric cooperatives received the grants, ranging from about $2.5 million to $5.5 million apiece. The majority that applied and received money were in the north and central parts of the state. In addition, two water associations and two private internet firms received smaller grants.

Legislation passed last year allowed the member-owned utilities to get into the internet game. Several have already moved in that direction this year, with a handful recently signing up customers.

But Presley said the grants will allow the cooperatives to move much faster than otherwise would have been possible. He said some rural homes will be connected to fiber up to three years faster than they would have otherwise.

The electric organizations will now also be required to immediately build infrastructure in the most rural parts of their districts, Presley said. Before, the cooperatives planned to first add service in more populated areas for profitability reasons.

“This (money) not only kicks off projects, it targets money to areas that needs it the most, and it exponentially speeds up projects,” he said. He added there will be a “massive move toward construction to meet the deadline,” which calls for spending the CARES Act money on new fiber lines by the end of the year.

Reeves did not sign SB 3046 — it automatically became law without his signature — but he nevertheless touted the bill at a Tuesday news conference. He said rapid deployment of high-speed internet will help during the pandemic — with students forced to study at home, and patients increasingly relying on remote doctor consultations.

And more people working from home while requiring high-speed connections won’t end when the pandemic ends, the governor added.

“The reality is, the economy in America has changed forever,” Reeves said. “There are a large number of people who were working in office buildings six months ago who, six years from now, are going to be working from home. There is no doubt in my mind that that is going to be the case.

“You’re going to see everything from computer programmers, to call centers, to other types of individuals that are going to work from home,” he added. “And the reason for that is there are a lot of employers across America who have seen an increase in productivity from their workforce when they’re working from home.”

That bill appropriated $50 million in CARES Act funds for school districts to offer temporary internet solutions — such as WiFi hotspots and fixed-wireless transmitters — that will help students study from home during the pandemic.

Correction: A previous version of this story misstated the agency administering the internet grants. It is the Mississippi Public Utilities Staff.

Thu Aug 27 , 2020
Faculty from UConn recently partnered with the Biomedical Advanced Research and Development Authority (BARDA) to develop a single-use, self-administered microneedle vaccine technology for infectious diseases such as COVID-19, which can be quickly distributed at home in an epidemic or pandemic to provide effective, long-term protection. Thanh Duc Nguyen, Assistant Professor […]